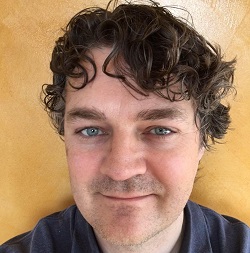 Nikko Ström is a technologist and scientist with a deep background in speech technologies. He is a Senior Principal Scientist and founding member of the team that built Amazon Echo and Alexa.

Nikko has over twenty years of experience in the field of Automatic Speech Recognition from a few of the most prominent research laboratories and companies in the world, and has published extensively at international conferences, journals, patents, and books. Since 2011 he is a Principal Scientist at Amazon.com where he leads deep learning efforts in speech recognition and other areas.

After two years as a Research Scientist at the MIT Lab for Computer Science he joined the start-up company Tellme Networks in 2000, and in 2007 he transitioned to the Core Speech Recognition Team at Microsoft, pushing the limits of the state of the art in commercial speech recognition technology in collaboration with the Microsoft Research Speech group. At 2011 he joined Amazon.com to become a founding member of the Amazon Echo team.

Nikko Ström achieved his Ph.D. at the Speech Communications Lab at KTH in Stockholm in 1997. The thesis makes significant contributions in speaker adaptation and Artificial Neural Network technologies.

As part of his thesis work, Nikko Ström developed the world's first continuous speech recognizer for the Swedish language. He also published Open Source Artificial Neural Network software (The NICO Toolkit), which has been downloaded by thousands of researchers worldwide.

During '94-'95 he was an invited guest researcher at the Advanced Telephony Research Lab in Kyoto, Japan, where he contributed to world class research in the speaker adaptation field.

As a hobby, he also developed and published Quite BASIC, a website, educational resource, and application development tool for classic BASIC.

Instructional video for Quite BASIC. The user interface has since been streamlined and the look and feel of the site is improved.